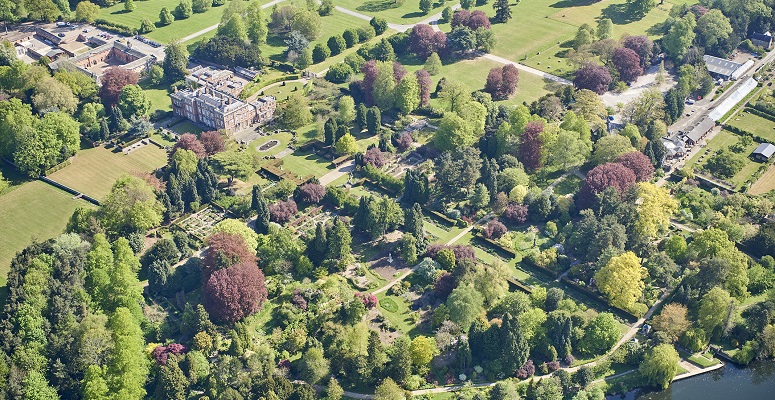 Yorkshire’s famous floral landmark Newby Hall is on the search for a new head gardener to look after its magnificent 40 acres of gardens and woodland – including its flagship double herbaceous border, one of the longest in the country.
Newby’s much-loved gardens are visited by over a hundred thousand people every year and often feature on film and TV. Taking centre stage is the eye-catching 172-metre-long double border. It is celebrated for being the longest in a private garden in the UK, and the new head gardener will be in charge of looking after its 6,500 plants, as well as those in 14 other stunning garden ‘rooms’, two heritage orchards and 30 acres of woodland.
With a team of six, the head gardener will be charged with creating the best garden in the north of England and will follow in the successful footsteps of current head gardener Mark Jackson, who has overseen Newby for the last 20 years. Mark is moving onto the gardening team of York Gate Garden in Leeds, and so Newby’s owners Richard and Lucinda Compton are looking to hand over the horticultural reins to someone new.
Already a star of film and screen productions such as Peaky Blinders, Victoria, Gentleman Jack and the ABC Murders, Newby Hall will step further into the spotlight next year when the popular three-day Harrogate Autumn Flower Show permanently moves site to its grounds.
Anyone interested in the role should apply in writing with CV to: The Agent, The Estate Office, Newby Hall, Ripon, North Yorkshire HG4 5AE or by email to admin@newbyhall.com.
Head GardenerNewby HallPeaky Blinders