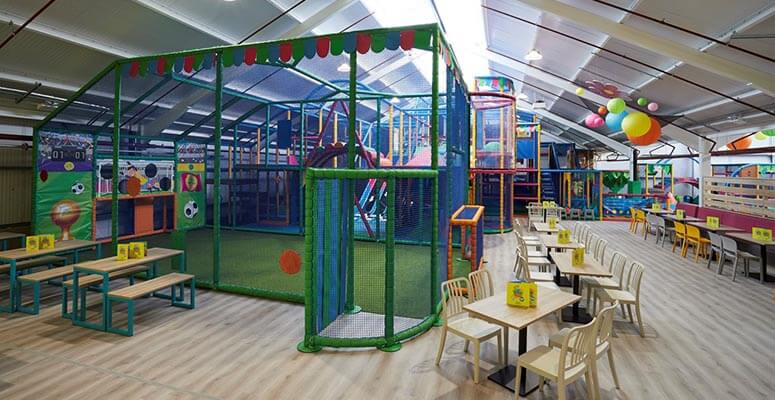 Grass Hoppers indoor play has recruited 26 permanent and 13 seasonal team members. They’ll work in the state of the art 15,000 square feet indoor play area and the new 200 seater Woody’s Kitchen.
The indoor play roles include receptionists, a party supervisor and a play supervisor.
15 of the 39 will work in Woody’s Kitchen. It’ll serve a selection of pizzas, paninis, barista made coffee and 40 flavours of ice cream.
Tong’s appointed Head of People and Culture, Neil Barwise said: “We’re thrilled that our latest investment has created 39 new jobs. We’re delighted with the calibre of people that we have attracted. We wish them all a long, happy and fulfilling career at Tong.
“We used a video to recruit the catering team members for Woody’s Kitchen and our 300 seater restaurant. We’re delighted with the results.”
Tong’s owners have invested more than £2 million to create the new indoor play area. It includes a large pre-school soft play area, a role play zone, new party rooms, a play frame and a sports court.
The new indoor play adjoins the outdoor Grass Hoppers adventure playground that over a quarter of a million children have visited since 2016.
CareersGarden CentreJobsnewsYorkshire