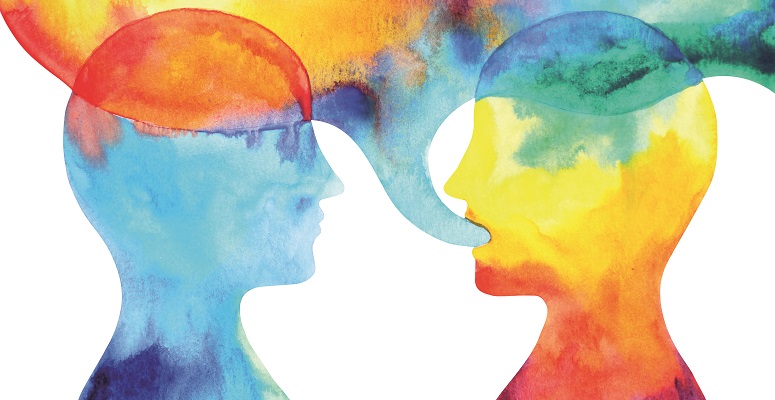 Mental health awareness in the workplace

It’s okay not to be okay

With some devastating suicides hitting the headlines in the recent months, it seems that a conversation surrounding mental health – specifically men’s mental health – has opened up even more than before. So why is it so important to continue this conversation and how can we as an industry support one another?

In 2017 5,821 people took their own lives in the UK and Republic of Ireland. That equates to 16 people per day. Although suicide rates are actually decreasing year on year – something we all want to see continue – suicide is still the single biggest killer of men under 45 in the UK according to the Campaign Against Living Miserably (CALM). Men are also three times more likely to take their own lives than women and with an industry which is made up of predominantly men, this is a statistic we should be paying attention to.

According to the National Confidential Inquiry into Suicide and Homicide only 27% of people who died by suicide between 2005 and 2015 had been in contact with mental health services in the year before they died. This is a staggeringly sparse number and begs the question, why?

It seems that over recent months mental health has become a prominent topic, with some high-profile events rousing the media to stand up and discuss the issues we are currently facing, which seems to be rippling out.

Recently, #howIfightdepression was trending on twitter, with users sharing their tips and tricks – everything from furry companions to writing, going for walks and talking to their friends and family – as well as sending encouraging words to their followers. The Duke of Sussex and Oprah Winfrey also announced that they would be partnering up soon to create and produce a multi-part documentary about mental health and mental wellbeing.

The Duke of Sussex commented: “I truly believe that good mental health – mental fitness – is the key to powerful leadership, productive communities and a purpose-driven self.” Their aim for the series is to open up an honest conversation about challenges everyone faces and how to survive them and thrive.

With so many people joining the conversation, is opening up this dialogue the first step to increasing the number of people reaching out for help, and hopefully in turn the number of suicides?

We sat down with the hosts of MENTalk, a podcast where Steve Smith, Steven Blair and Lee Woodgate have an honest conversation about their own mental health. With the technical expertise of Expert Trades, the three burly tradesmen hold nothing back, opening up about their struggles with anxiety and depression. After attempting to take his own life twice, Steven was sectioned: “I was looking around at the other patients and I couldn’t believe I’d got to a place where I didn’t care where I was.” Steve has also experienced this low place, having seriously contemplated suicide on a number of occasions. “Once, I was really close, but I got a call from my daughter. It was either take the call from her or jump in front of a train.” The aim of these raw and difficult conversations is to show their listeners that they aren’t alone. They want to remove the stigma surrounding mental health, especially in men, and debunk the notion that strong men can’t show their emotions. “It doesn’t matter how big or hard you are, the brain is a powerful thing and we need to stop thinking that crying is a weakness, because it actually feels great!” Lee explains. “For me, opening up was the hardest thing. I was always the joker of the group and I worried that people would think I was just feeling sorry for myself, but actually there are so many people out there who want to help.”

We spoke to mental health charity Mind about some of the ways we can support one another in the workplace. Emma Mamo, head of workplace wellbeing at Mind told us, “many employers don’t know where to start but doing and saying nothing is probably the worst thing to do”. She advises that employers should start by speaking about general wellbeing whilst letting people know they can talk if they need to. She goes on to say, “staff may not want to open up straight away, but at least they know they can talk when the time is right.”

Paul Lynch, managing director of Elmtree, makes the mental wellbeing of his employees a priority. Paul has done exactly as Mind recommends, opening up a conversation surrounding mental health where himself and the other directors and managers at Elmtree lead through example. Paul and his team were very active throughout Mental Health Awareness Week during which they introduced talking day.

Leading by opening up about his own mental health, Paul encouraged colleagues to talk to one another about an experience where they felt stressful, anxious or depressed. Paul has seen a huge change in his employees since starting these discussions. “There’s more empathy and understanding around mental health and the reduced stigma means that they talk more openly. I see more of our staff talk about their feelings in everyday conversation now, and it’s common practise for us to discuss mental health in reviews.”

MENTalk has also had some incredible responses, with an overwhelming number of listeners reaching out to tell them how much they relate to the guys’ experiences. It even opened up a conversation with the hosts and people in their own lives. Lee’s half-brother reached out to him, feeling relief that Lee also struggled growing up due to their father. “We weren’t close, but this has brought us together. He was blaming himself, but knowing we have that shared experience brought him huge relief.” Steven’s best friend of 20 years also listened in, admitting that he’d not properly paid attention before but that now he understood.

Once this conversation has opened up, there are lots of practical things businesses can put in place to help its employees when they do reach out. Elmtree’s mental health policy involves sending employees on courses to help reduce the stigma, putting up posters in meeting rooms with a list of resources for local help and the introduction of trained Mental Health First Aiders. Mental First Aiders are an advocate for mental wellbeing, assisting anyone who approaches them and guiding them to access to the appropriate professional help.

There are various length courses available from two-day courses to half day courses. EDP Training Limited even offer lunchtime courses where they will come and speak to employees about mental health training.

Paul has seen the benefits of Elmtree’s mental health policy first-hand, “it helped hugely in the case of one particular employee who was suffering from depression after a relationship break up. Because he knew he could talk openly about it, we were able to arrange counselling for him and after a few sessions he felt ready to return to work feeling valued and appreciated.”

Mind offer lots of free resources for smaller companies with limited budgets too, from developing buddy systems to giving generous annual leave. Paul adds that bringing in a shared lunch where you discuss mental wellbeing, creating a library of self-help books for people to borrow and implementing wellness walking groups or ride to work schemes are all very simple but effective ways of supporting your employee’s wellbeing. The Mental Health Work website is also a very useful resource, with information from over 11 organisations answering a variety of queries businesses may have.

It can get really difficult when you’re self-employed, as the hosts of MENTalk highlight: “if you can’t go to work one day because you’re struggling, you just don’t get paid. You don’t have the support of a larger organisation around you,” Lee explains. But taking this time for yourself is still essential and although you don’t have the support of an employer, there are still lots of people you can turn to.

What people find helpful will vary from person to person as can be seen with Steve, Lee and Steven. Steve felt dissociative on medication and found that talking things through with a psychologist was when he started to see changes.

“I would go in with dusted knuckles and rage about what had happened that weekend and she would tell me honestly that it wasn’t okay. Fighting isn’t a sign of strength for me anymore, it’s a sign of weakness.” Lee also found talking hugely beneficial to him. “When I tried therapy for the first time I was a complete sceptic, but I came out walking on air.”

However, Steve found that neither therapy nor medication worked for him. “The way I get through it is by helping others and being around guys like this. I can talk to them openly and I come away feeling lighter.”

Emma echoes this, “for most people, it will be a combination of various treatments that will work best, but it’s about finding what’s right for you. Increasingly, GPs are ‘social prescribing’ – referring people to alternative therapies, such as arts therapy, exercise and singing groups.”

She goes on to say that you shouldn’t feel disheartened if nothing you have tried so far has been effective, because there is lots of help out there. Emma advises going to speak to your GP about other options, Mind even has a guide, Find the Words, to help you prepare for your appointment.

Supporting employees and their mental wellbeing needs to become a priority for companies and not an option. As employers, as colleagues and as friends, we all need to work to reduce the mental health stigma and open up honest conversations. In the cases of MENTalk and Elmtree, this has proven to help and hopefully the current momentum will continue so we can continually see suicide rates drop.